Mission Bite #107: Little things can make all the difference 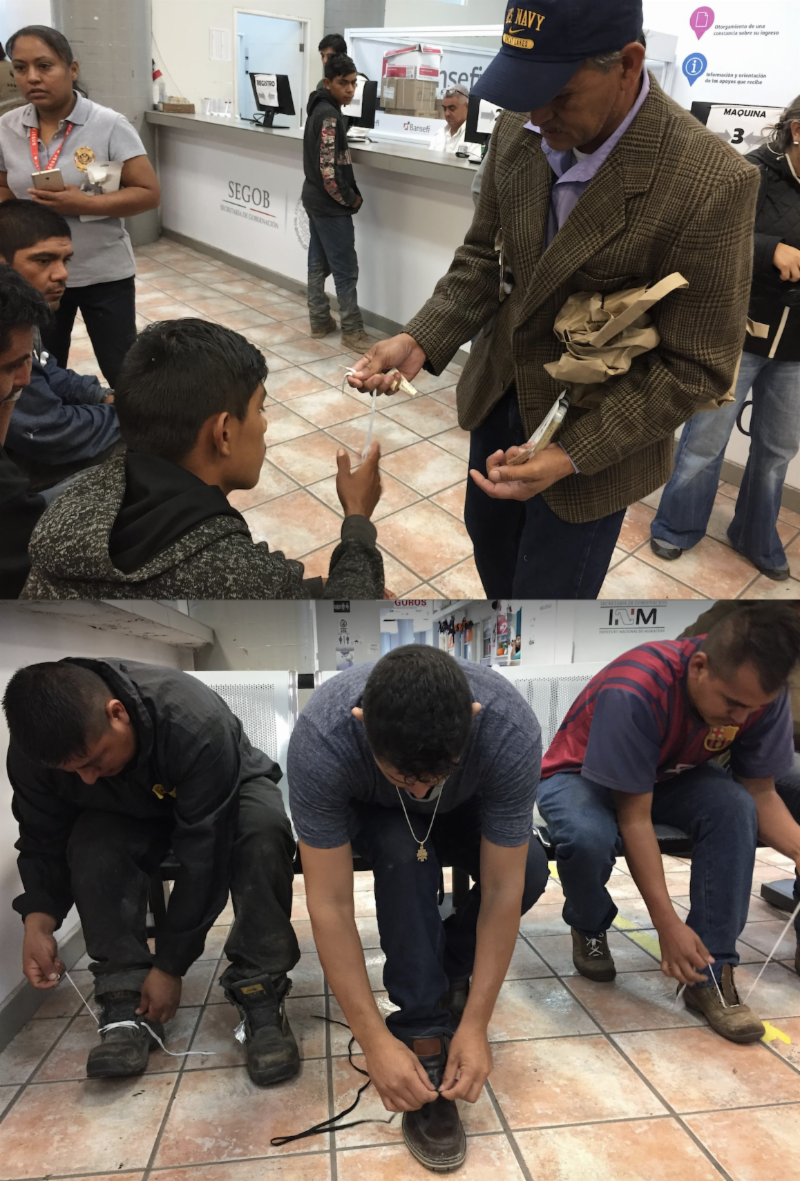 As Rev. Lorenzo Ortiz, pastor of Iglesia Bautista Emmanuel in Laredo, tries to coordinate assistance to the daily 200 deportees from the U.S. to Nuevo Laredo just across the border, he came upon a need he wasn’t thinking of.

While being held in detention centers, the people have to relinquish their belts and shoelaces. After being bused to the border crossing and then walked to the Mexican processing office, they sit waiting to either be released in the city or be bused to another area of Mexico.

Have you ever tried to walk with shoes and no laces? They usually flop around and make it difficult even to walk.

As we were sharing some bags of snacks with them, they began to ask about shoelaces. Pastor Ortiz decided to go pick some up at one of the local churches he has been partnering with.

When he returned with the shoelaces, everyone flocked to him and requested some. They immediately began lacing their shoes. Now at least one worry was checked off their mental lists.

Please continue to pray for the immigration and border situation. Pray for those like Pastor Ortiz who are trying to show the love of Christ to so many people who are searching for hope.