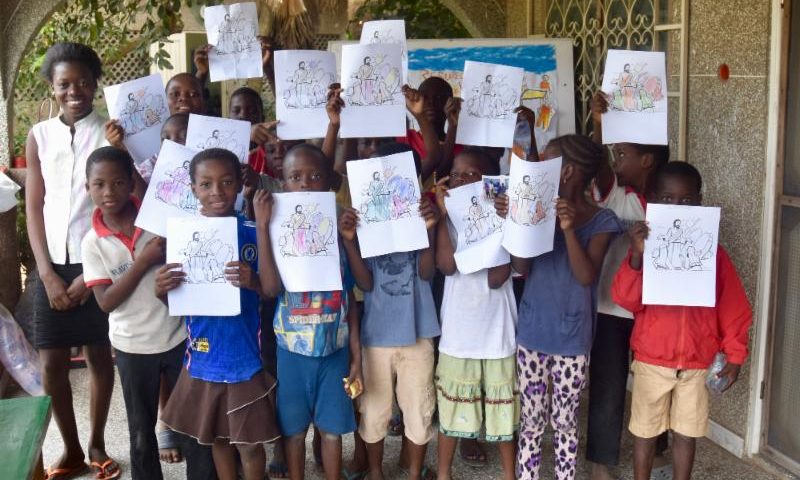 "Agodeka, Togo. Little Kwami attends Togo House kid's club every Saturday. He hears a Bible story, and then on a photo copy page costing three cents he, along with 19 others, colors this page. He takes it home and tells three people the story using his artwork. His mother likes it and hangs it on her selling table (fruits and veggies). She tells 22 people the story of that picture. With only three cents, 26 people hear a Bible story in their own language, told by fellow seekers of truth. Not a bad investment for the Kingdom, made possible by the CBF Offering for Global Missions."